We have been talking about this adventure for years. Now the bikes are actually packed and ready, I am nervous. But I am also excited to be finally fulfilling one of our dreams. So on the 1st Dec 2014, I will go from Workaholic, Alcoholic, Unfit, Fatty to my new profession ADVENTURER.....yeah!

We hope you enjoy following our adventures.....Jen
Posted by wiljen's adventures at 08:50 No comments:

And So it Begins !

Well hello out there in "blog land" my name is Will & my fantastic friend is Jenny. We've been married for 22 years but together a lot longer. A very quick run down of our current situation to help get you all up to speed.
Jenny & I fell in love then ran away together in our teens, we had many wonderful adventures through out Australia for about 5 years and then we had our 3 lovely children when we were in our early 20's. We continued to seek excitement in our lives and I worked in the mining business doing fly in fly out, plus we lived in small mining communities as a family. Towns like Meekatharra and Tom Price.
While raising our children Jenny did part time work during their early years, while I brought home the big bucks, which meant I did mega hours And lots of shift work. We ended up south of Perth near Mandurah in 2004 And I spent 5 years running the Supply Warehouse at a technically revolutionary iron smelter  at Kwinana WA.
2009 the GFC hit I was made redundant for the third time in my working life, had a few months off then went and worked off shore on a  new build, billion dollar Semi Submersible Drilling Rig based out of Singapore. Mean while Jenny kept the home fires burning... for the next 18 months while I did big stints away.
We then did a start up Truck Business (moderately successful) and for the last 4 years we ran a Roadhouse, which was very interesting, exciting, difficult but rewarding.
So what now?
We want to travel, see new things, loose some weight, learn more about each other and the world around us.
We have had a few mini adventures since finishing at the Roadhouse 5 weeks ago, like motorbike adventure ride down in the South West of Western Australia. Our next tentative step begins on Monday the 1st of  December, it's a 3 week bicycle tour,  2 weeks approximately on the Munda Biddi track from Dwellingup to Manjumup ( or  Northcliff time permitting) then about a weeks riding home to South Yunderup. I hope you enjoy "wiljen 's adventures" 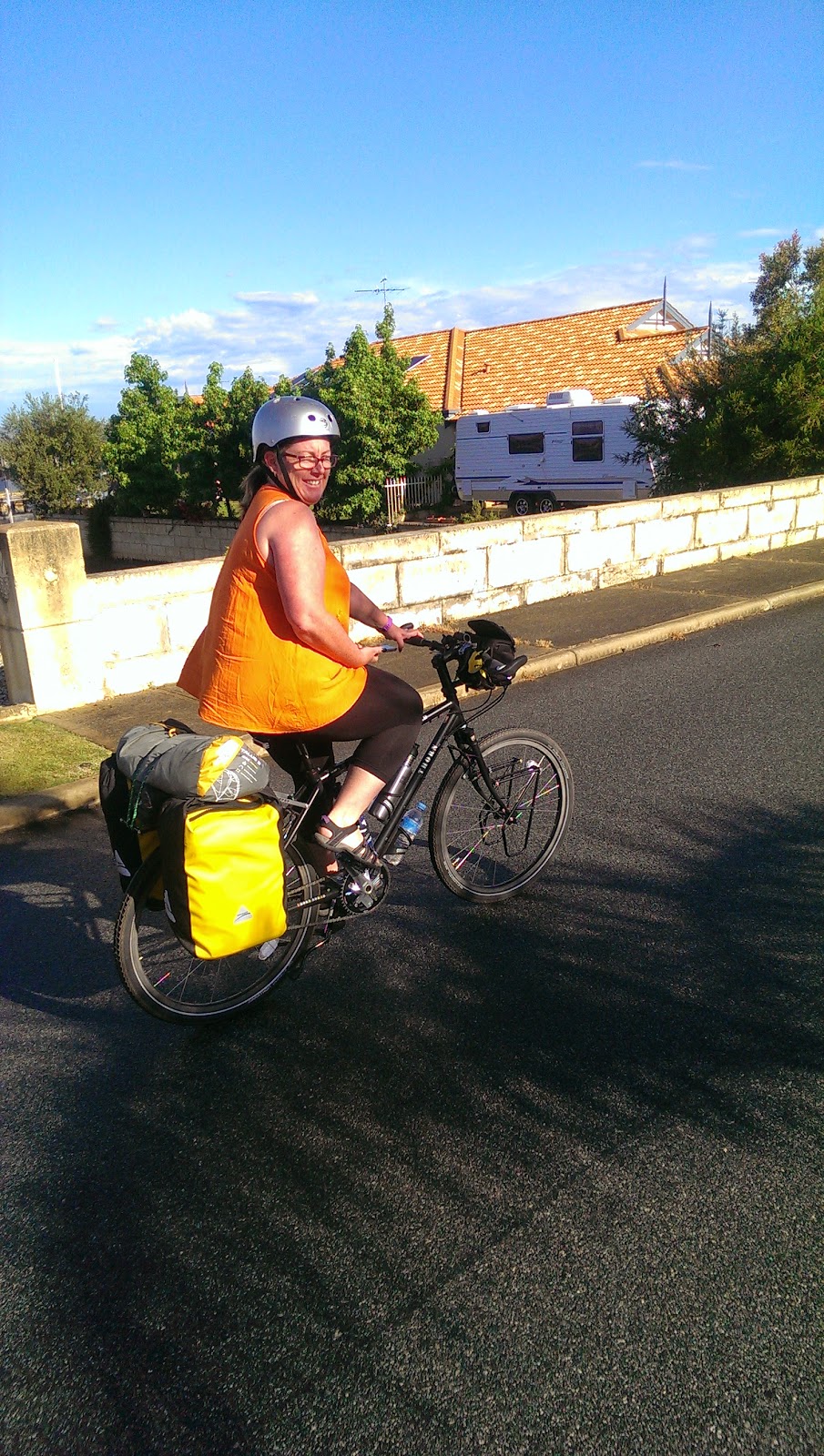 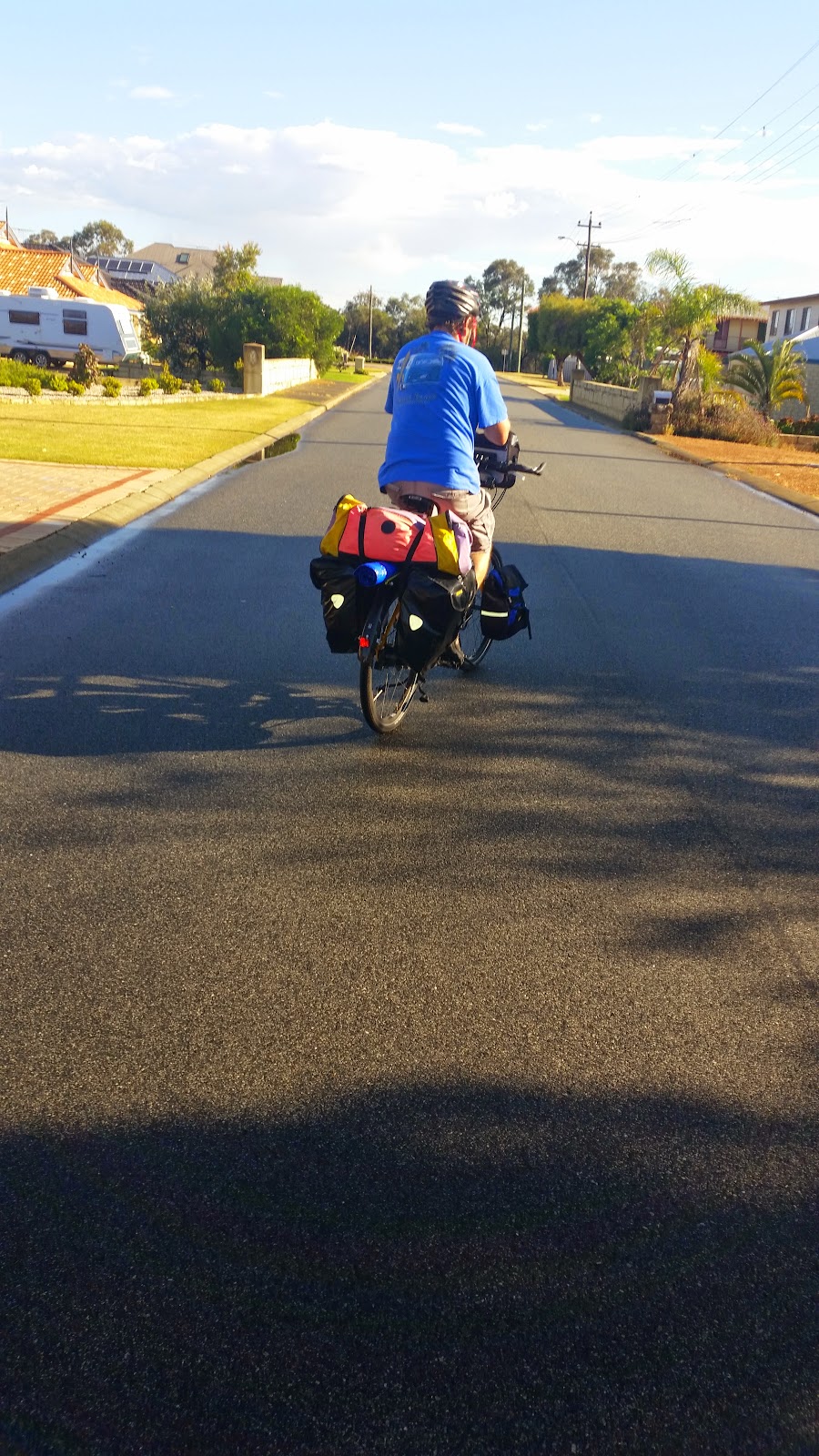 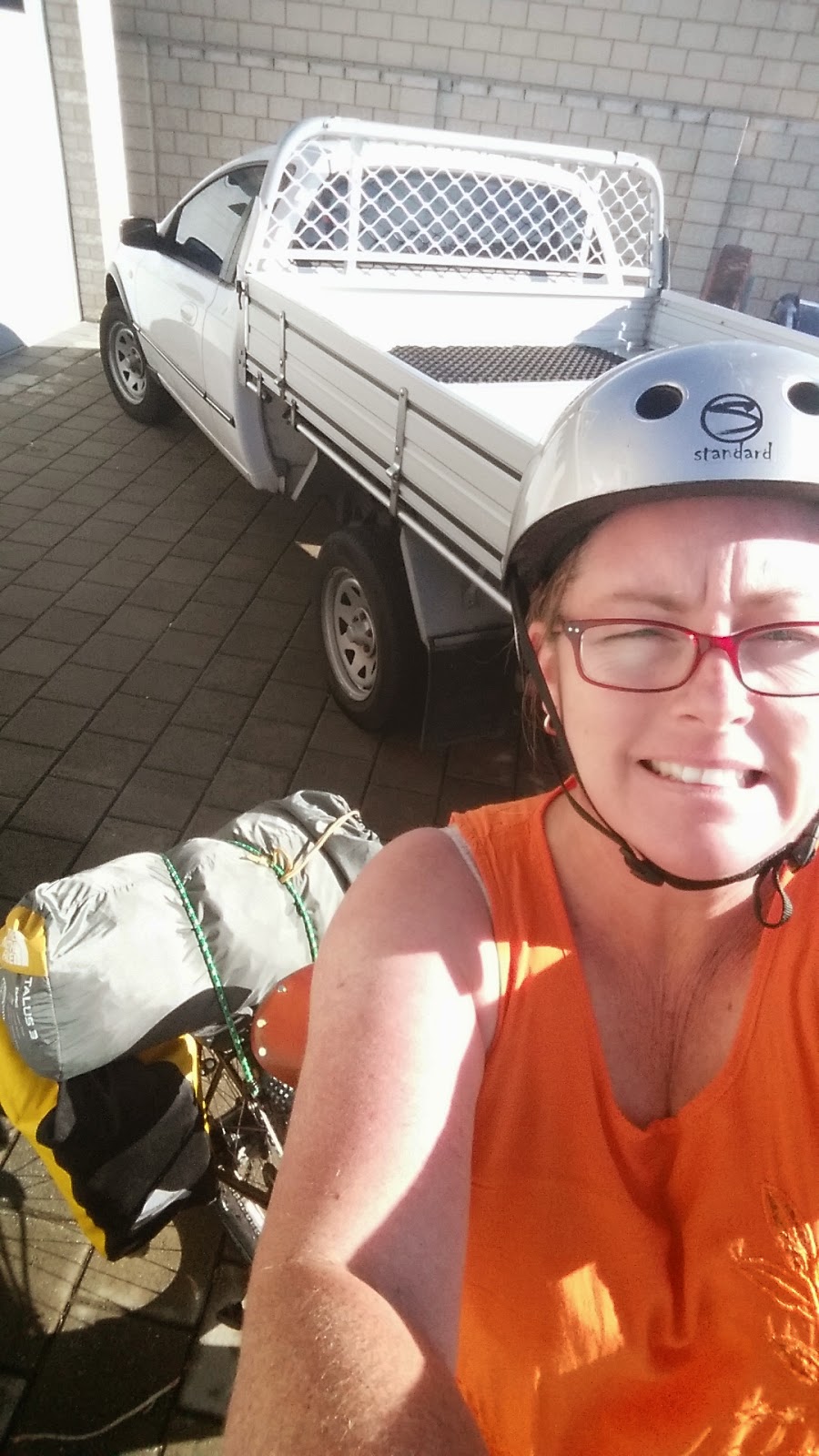 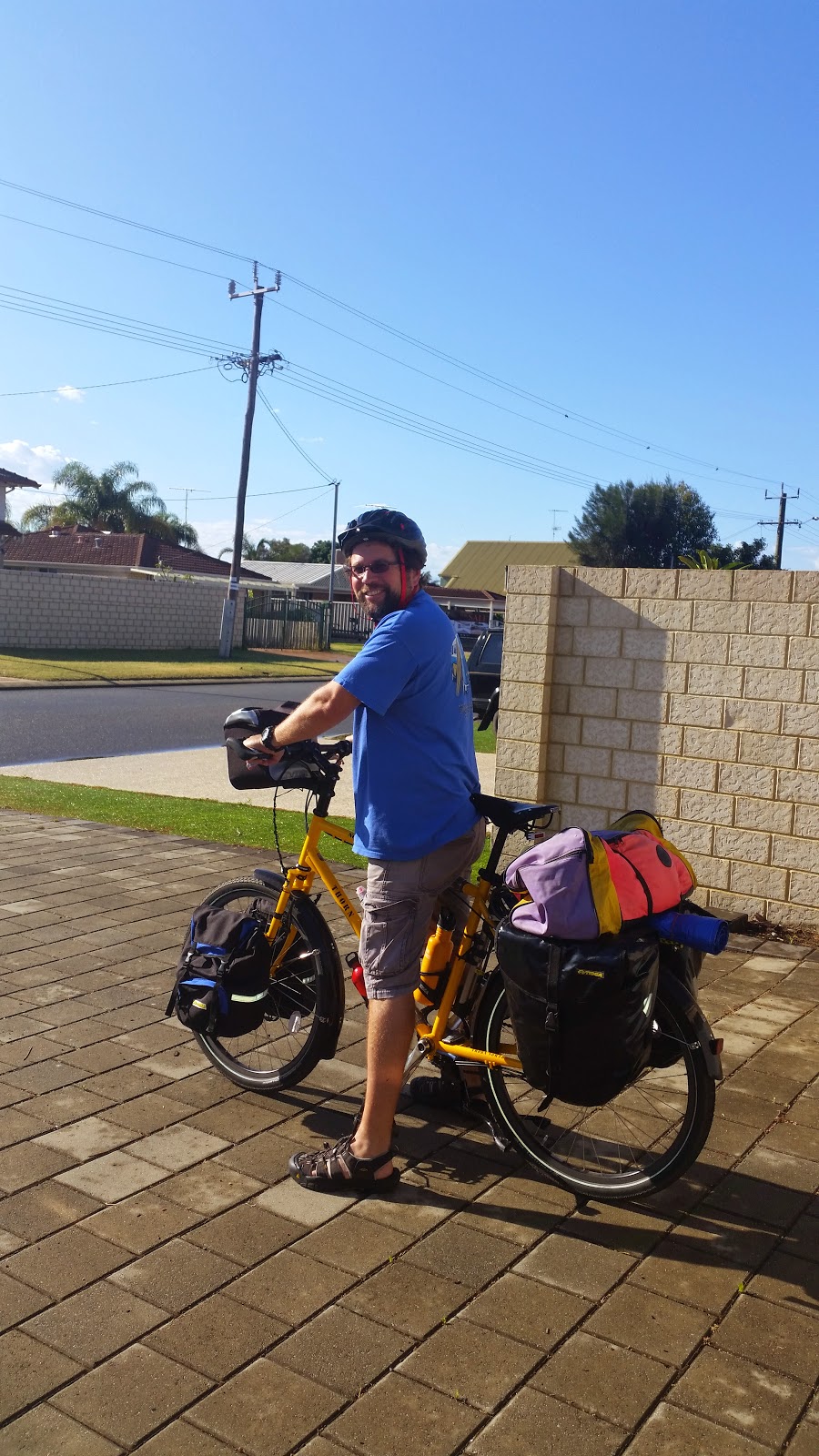 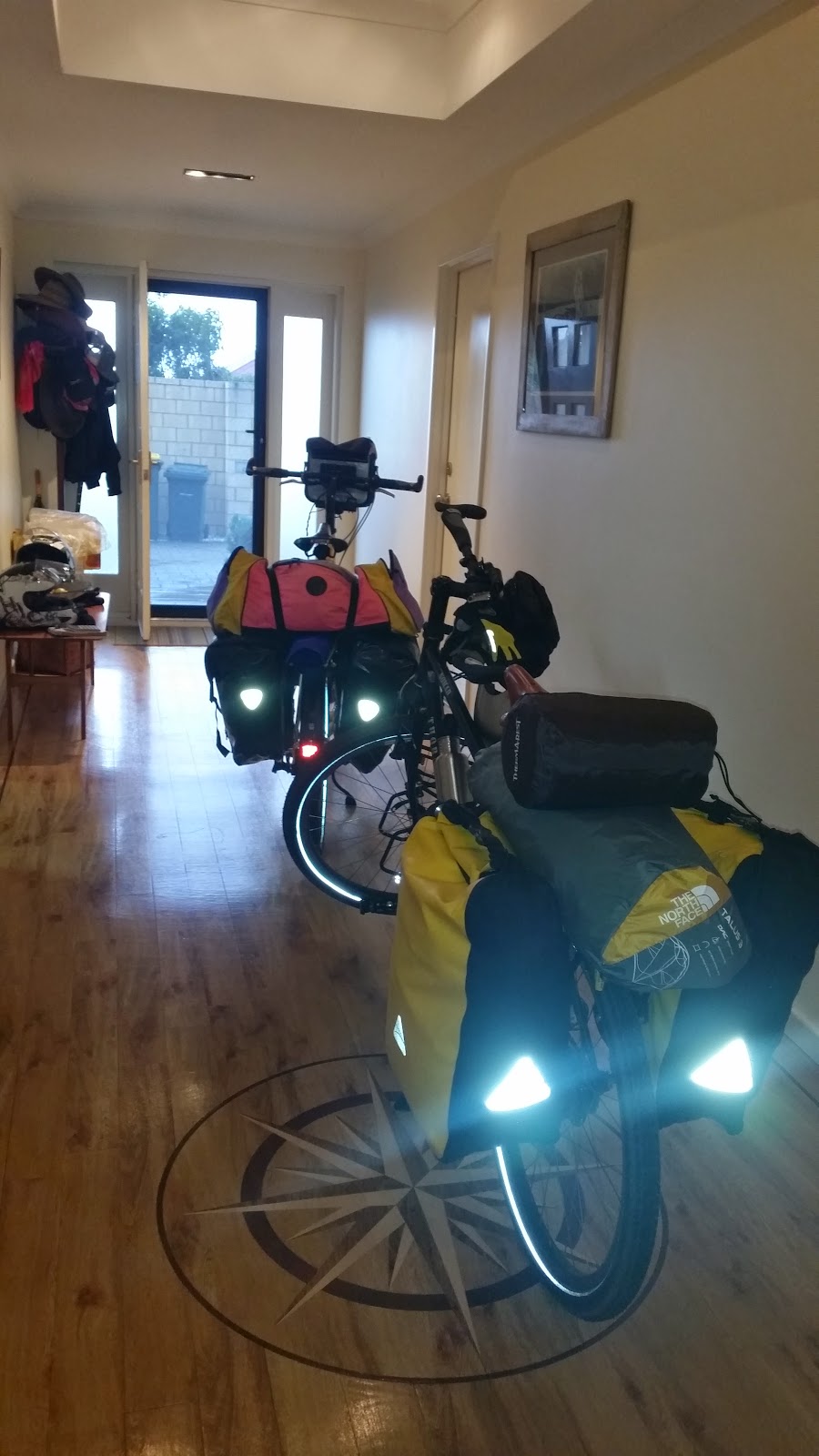 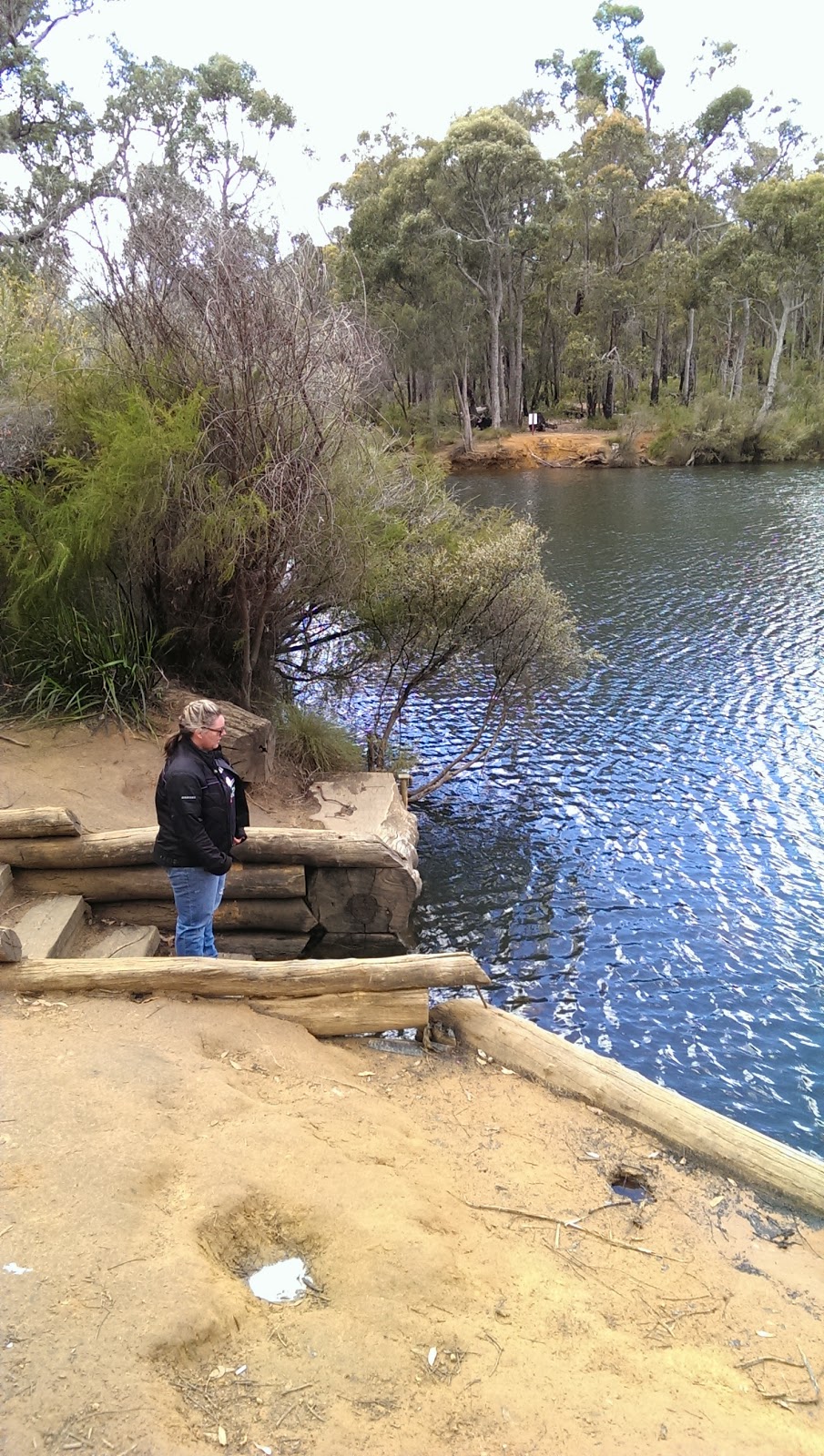 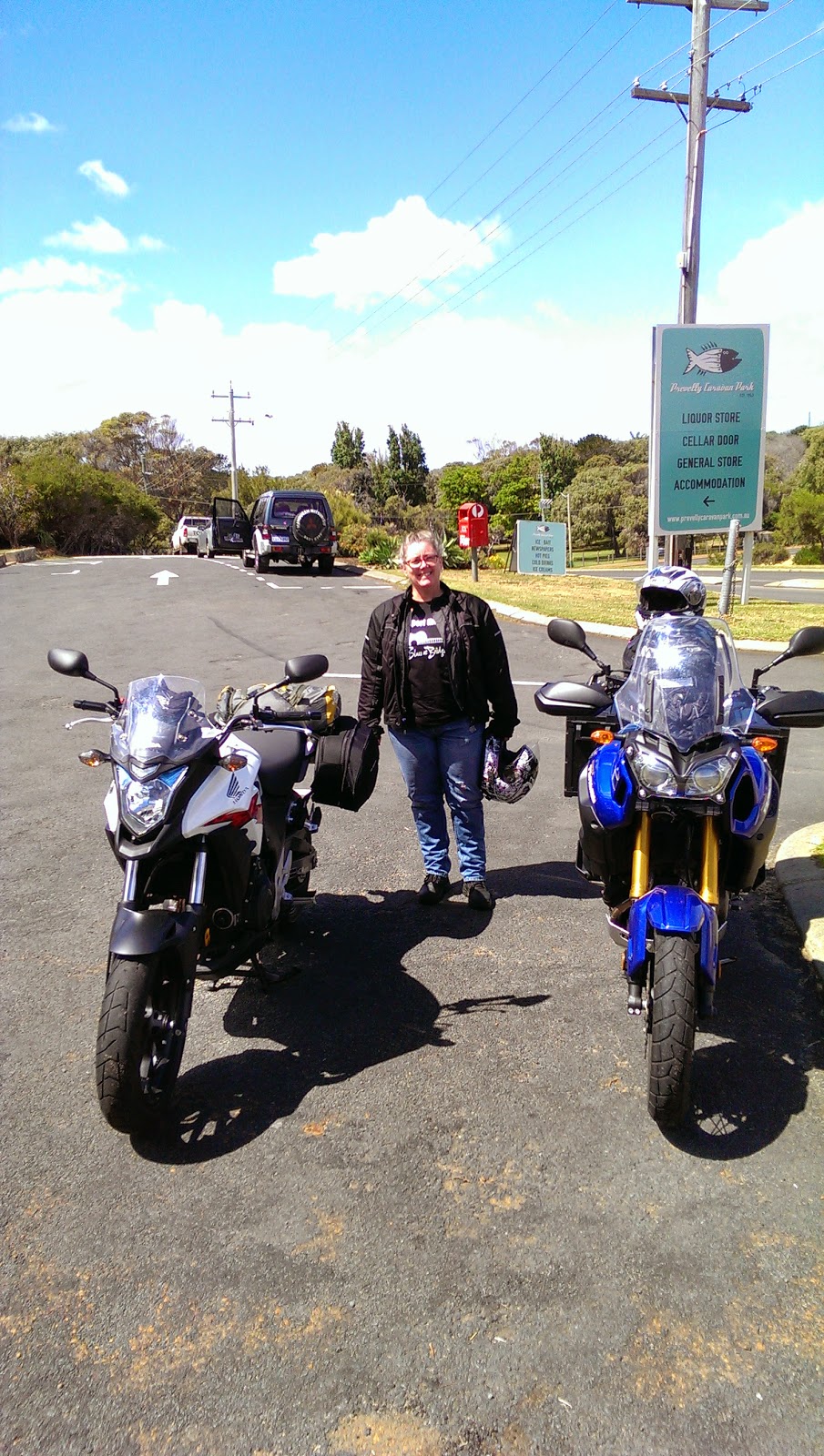 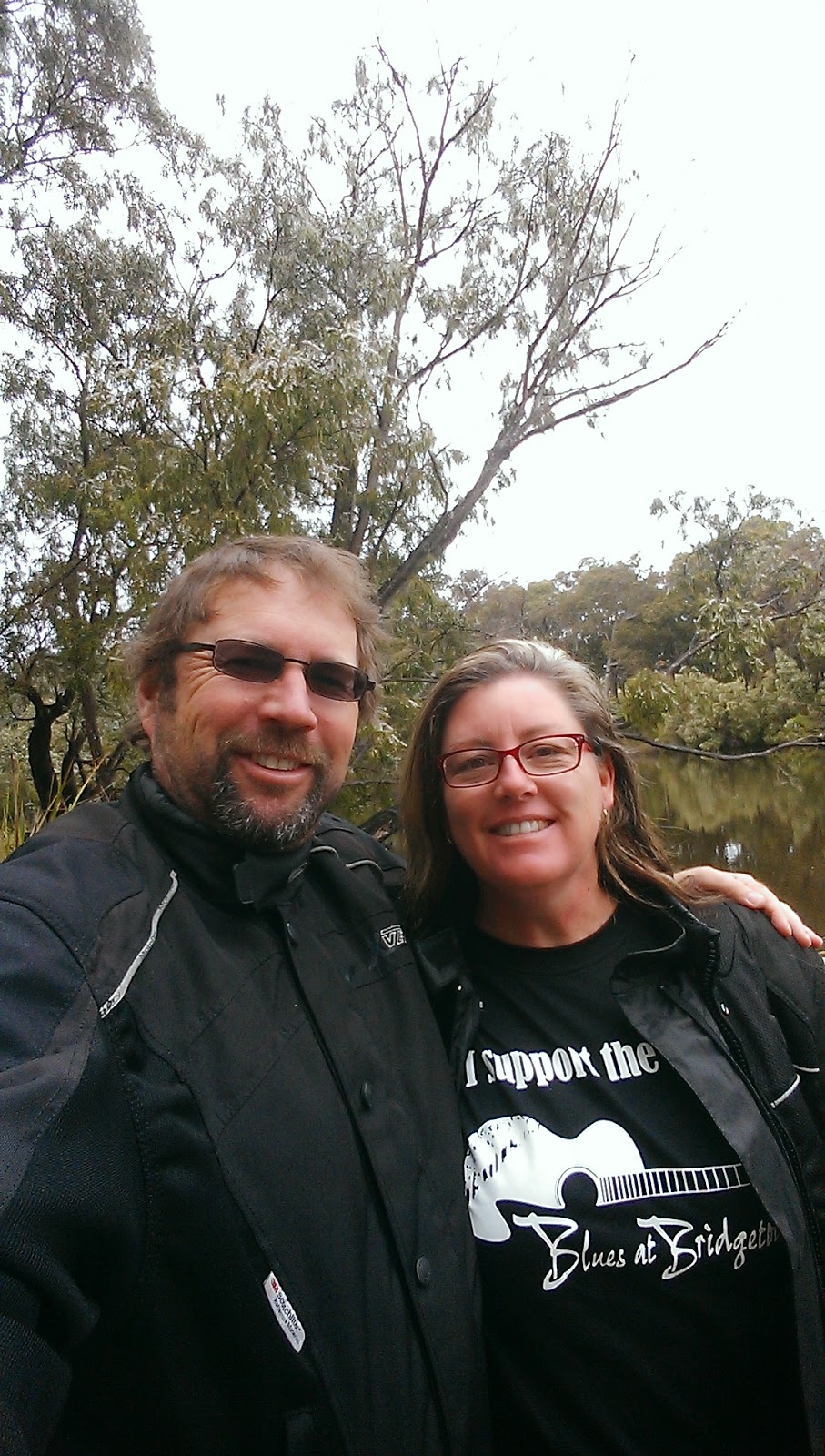 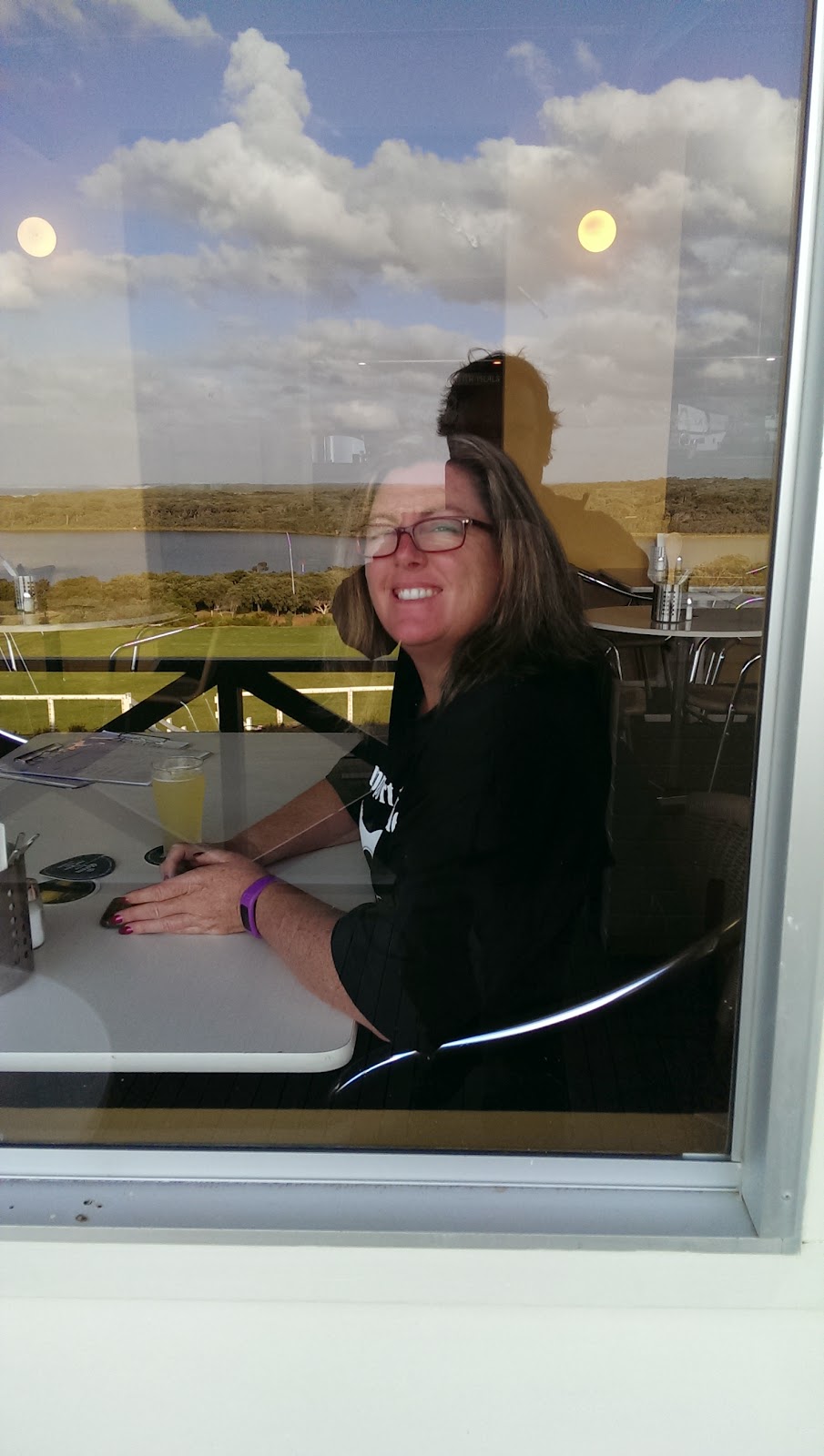 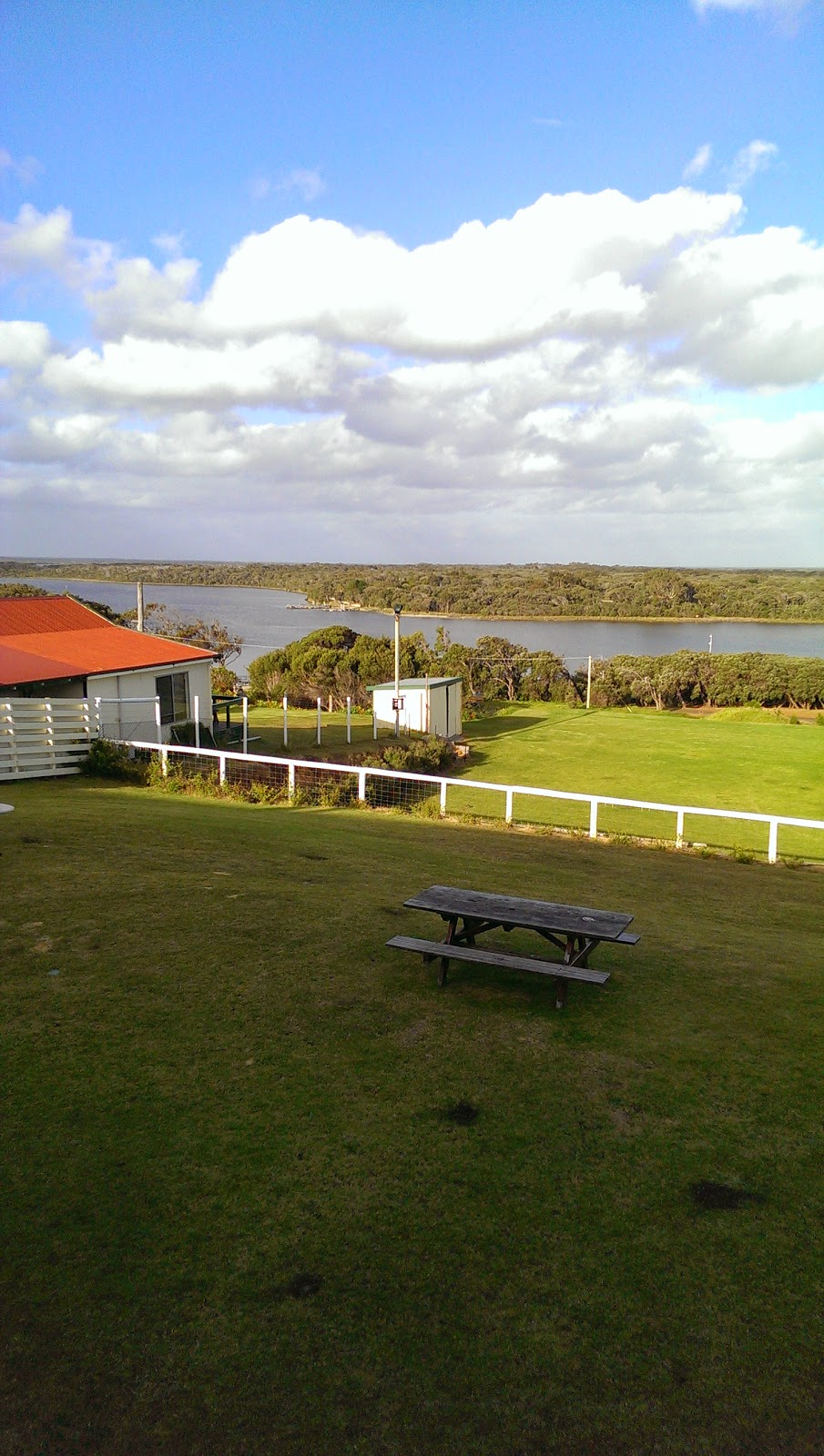 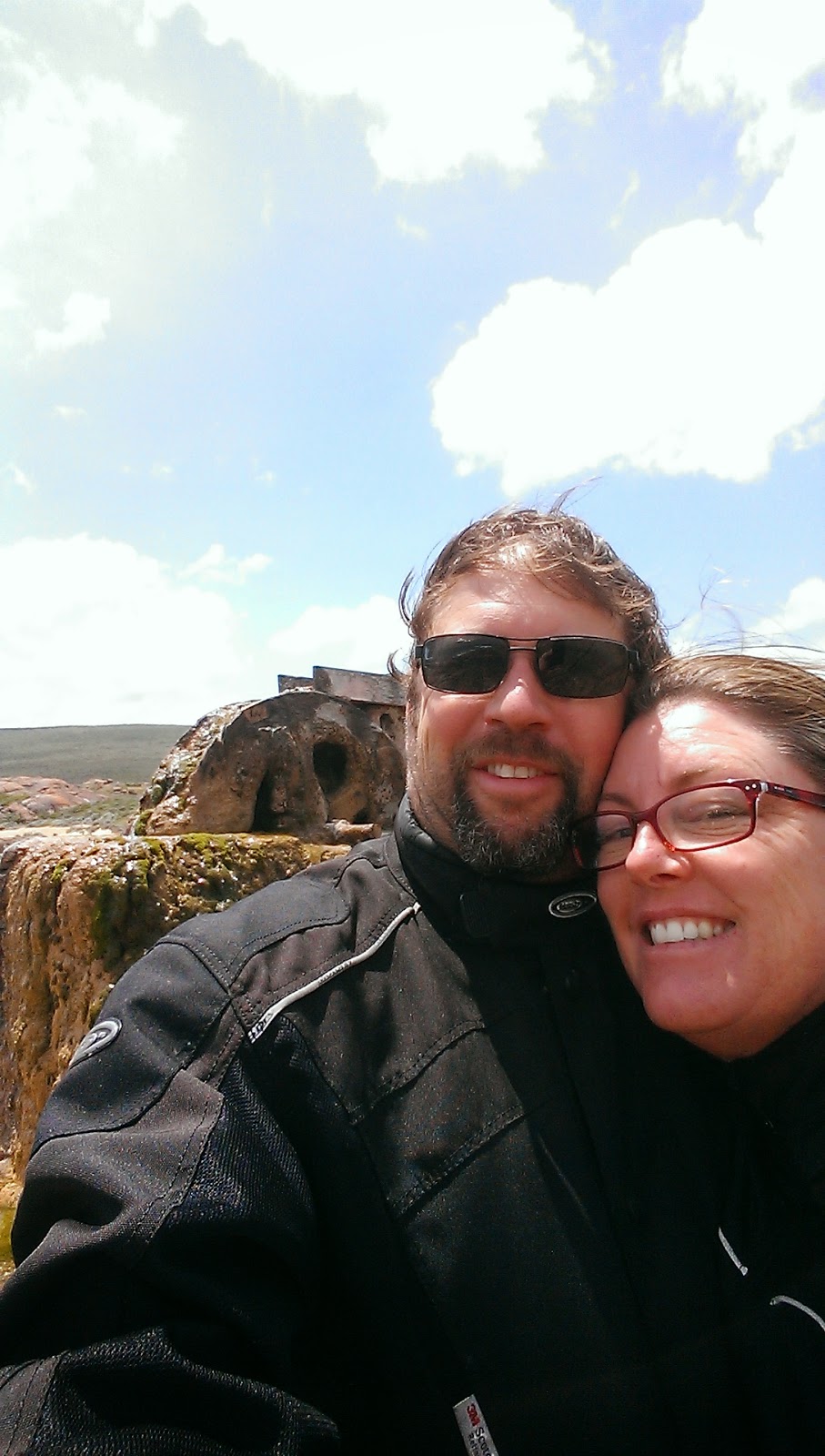 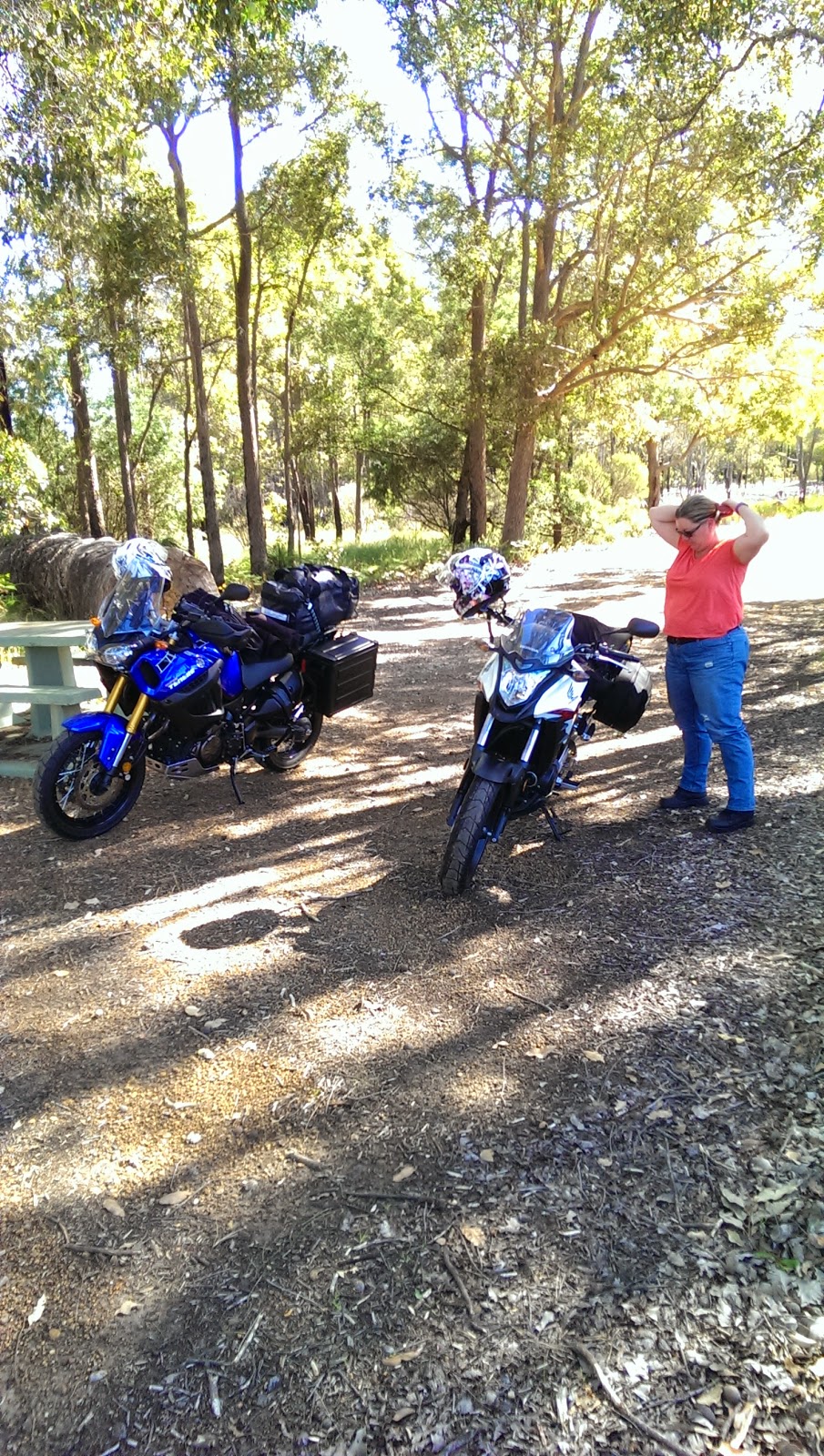 Near Nannup, having a break.
Posted by wiljen's adventures at 00:11 No comments: